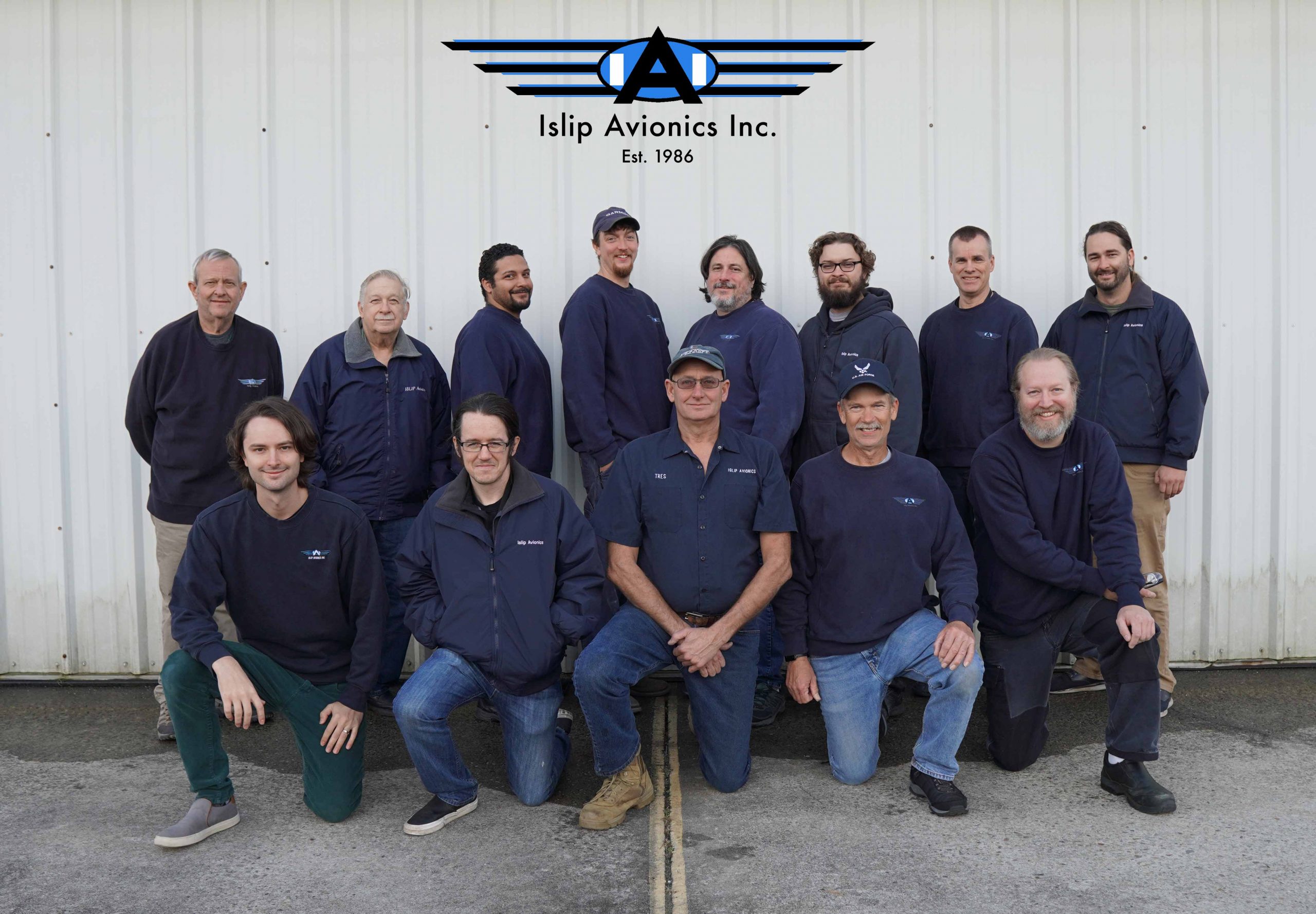 Islip Avionics, Inc. was formed in October 1986 and received initial FAA Repair station Certification a few months later while operating out of a small office in the Mid Island maintenance hangar with a staff of three. Over the next few years the company increased capabilities and dealerships, and moved to its current facility then just built by Mid Island.

In December 1989, Fred Kattermann bought into IAI as President and General Manager. Fred, who started off with a background and degree in electrical engineering, is now also an A&P Mechanic, FAA Certified Repairman, and a Commercial Pilot with Multi & Instrument ratings.

In early 1994 Islip Avionics, Inc. purchased Precisionaire Instruments and leased an additional adjacent hangar bay, adding more capabilities to the growing station. Islip Avionics continued adding dealerships to stay current with evolving trends in the industry. When Garmin was formed, IAI was one of their first dealers (#20).

Tres Whitt, who has been with the company since inception, is an A&P Mechanic with a degree from Spartan School of Aeronautics, as well as a private pilot with an instrument rating.

Paul VanThomme, an A&P Mechanic from the College of Aeronautics joined in 1995 after working for Grumman. He is the lead sheet metal and avionics installation technician.

Tom Piastuck, an FAA Certified Repairman and the former manager of the Beechcraft East Avionics Department joined the staff as a field service technician in 1999.

Dan Perkins joined the staff in 2005 and remains the senior avionics and instrument bench technician. Dan has an electrical engineering degree from SUNY Farmingdale and is an FAA DER, A&P Mechanic with IA, an FAA Certified Repairman, and a Commercial Pilot with Multi & Instrument ratings.

Rick Kattermann, now the general manager, joined the company as an avionics installation technician in 2008. Rick is a graduate of University of Miami with a degree in Electrical Engineering and is a Commercial Pilot with Multi & Instrument ratings.

Joseph Bauer joined the staff in 2013 as an avionics installation technician after attending Wilson Tech and completing his A&P License.

Steven Kattermann joined as administrator and bookkeeper in 2015 after completing a Bachelor of Science in Business Management from SUNY Stony Brook.

Ryan Dougherty joined the staff in 2019 as an administrator and avionics installation technician. He has a JD Degree from Brooklyn Law School as well as a Bachelor in Music Engineering / Computer Science.

Thomas O’Reilly joined in 2019 as an avionics installation technician. He has a BS in Engineering Technology from Embry-Riddle Aeronautical University and is currently pursuing a private pilot’s license.

Matt Hannan joined in 2021 as an avionics installation technician with a private pilot’s license.

Joseph Wengerd joined in 2021 as an avionics installation technician. He has an Associate’s Degree in Communications Technology from the Community College of the Air Force and Power Plant certification.

James Rivera joined in 2021 as an avionics installation technician. He has an Associate’s Degree in Avionics Systems Technology from the Community College of the Air Force.

The ratings held are:

Islip Avionics participates in FAA approved Anti-Drug and Alcohol programs. This enables our staff to perform maintenance and repair functions on part 121 and 135 aircraft and components.

Security Notice:
For access to our facilities from our parking lot, please use the intercom adjacent to the gate during normal business hours and we will escort you in. For access to the ramp after hours, please go through Mid-Island Air Services.

TSA Requires all Islip-based pilots and Aircraft Owners to display an Islip Airport Operations Area (AOA) Badge. If you are not based at ISP, the TSA allows you to walk from your plane to our repair station, FBO (Mid Island), or the nearest exit gate without an escort. We remind all non-based pilots that wandering around un-escorted in the AOA is unacceptable to the TSA.

Are you social? Find us on Facebook and LinkedIn!